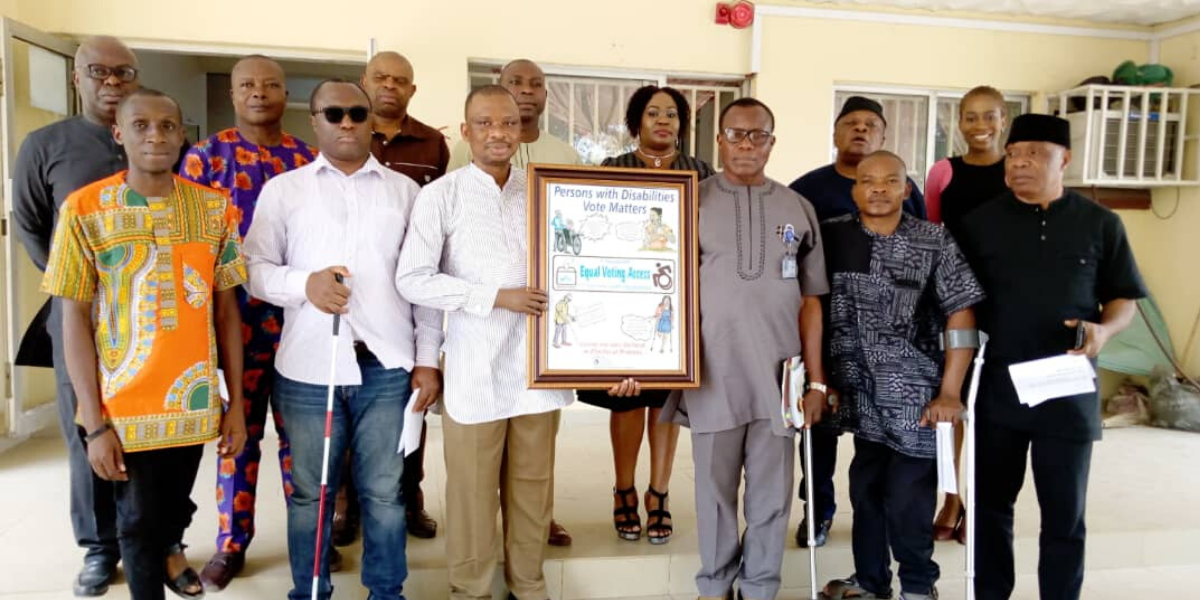 Centre Urges INEC, Others to Respond to Disability Issues

The Centre for Citizens with Disabilities (CCD) has urged the Independent National Electoral Commission (INEC) and other stakeholders to begin to respond to disability issues.

The Executive Director, CCD, Mr. David O. Anyaele made the call when the group paid a courtesy visit to the INEC office in Umuahia, Abia on Tuesday.
He regretted that issues concerning participation of Persons with Disabilities (PWDs) were still not being considered during electioneering processes by the commission.

Anyaele said the National Disability Act, 2019, had already made provisions for the inclusion of PWDs.
He said: “Disability is a cross-cutting issue. As the internal slogan says, leave no one behind, we have taken the responsibility to encourage Ministries, Departments, and Agencies (MDAs) to take responsibility.

“CCD has for the past 14 years, fought to uphold the rights of PWDs in Nigeria.
“In 2019, after many years of struggle, the National Disability Bill was signed.
“After the 2003 elections, CCD observed that PWDs are greatly sidelined in electoral processes in Nigeria.
“With the support of various international funders, researches were carried out to ascertain the level of neglect.
“It was found out that though PWDs are eager to participate in electoral processes, materials to enhance their participation was not made available,” he said.

In his response, Dr. Joseph Iloh, INEC Resident Electoral Commissioner (REC) in Abia, commended the competence and exposure of the group.

Iloh, who was represented by Mr. Joseph Amanga, the Administrative Secretary, pointed out that before the last elections, a seminar was held for PWDs to involve them in electoral processes in the state, He then reassured the team that INEC under the leadership of Prof. Mamud Yakubu would not discriminate against PWDs.