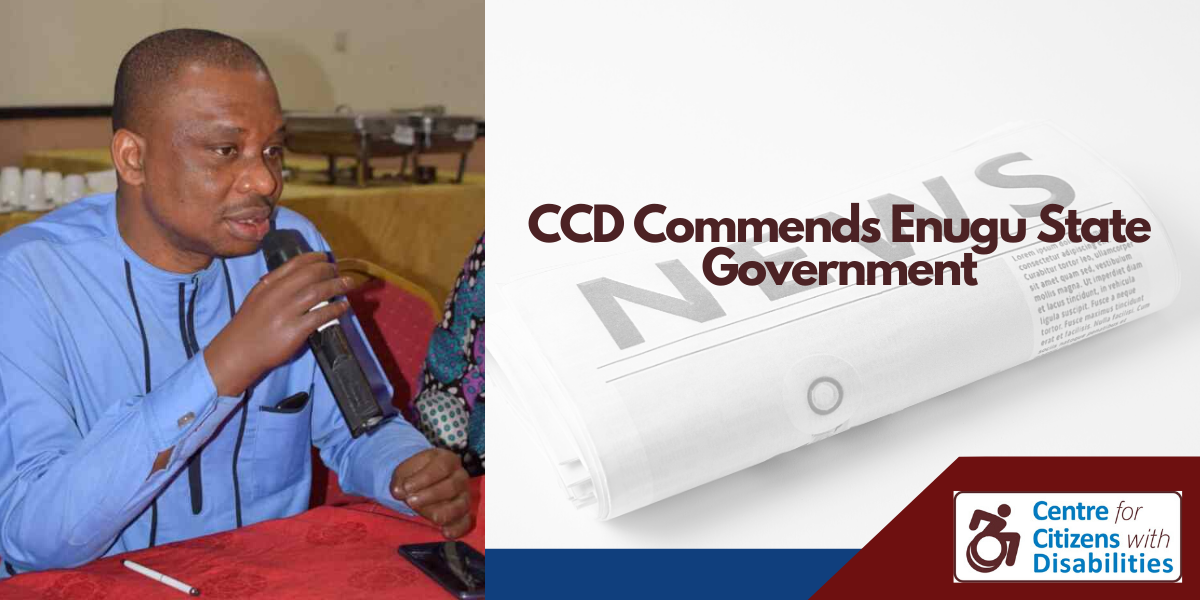 This gesture is a welcome development considering the economic hardship persons with disabilities in Enugu State are facing by reason of the dreaded Covid-19 pandemic.

Recall recently, CCD conducted a survey in five States of the Federation, Enugu State inclusive to gain insight into the extent to which PwDs are benefiting from the distribution of the Covid-19 palliatives. The survey was part of the activities for the implementation of our project on Strengthening Citizens Resistance to the Prevalence of Corruption (SCRAP-C). The project is implemented in five States namely Akwa Ibom, Enugu, Kaduna, Kano and Lagos State in partnership with Action Aid and funding from the United Kingdom Department for International Development (UK-DFID).

Key findings from the survey in Enugu State include: Ndi Enugu with disabilities were aware that palliatives are being distributed to assuage the negative effects of the lockdown on the citizens, Handfuls of Ndi Enugu with disabilities were invited to participate as beneficiaries of the palliatives that were distributed by the government at various level and several private sector stakeholders, and Enugu State PwDs reported that the strategy for distribution of palliatives was poor but the process should be continued.

Part of the recommendations from the report is that: there is need to re-design the administrative component of the Covid-19 palliative support scheme with a view to effectively covering more PwDs as beneficiaries before they are compelled to adopt survival behaviours that are capable of undermining government efforts at controlling the spread of the disease, which might be costlier.

CCD encourages members of the disability community, in specific the various Local Governments Area Chairmen to take appropriate measures to ensure no PWDs in their LGA is left behind in the distribution of the palliatives.

CCD calls on organizations of persons with Disabilities (OPDs) to close ranks and work together to ensure successful distribution of the Palliatives as one good turn deserve another, appreciating that many persons with disabilities in the state are dying of hunger as a result of lack of access to food and income to take care of their needs.

To ensure inclusion, participation and sustainability of this good gesture by the Enugu state government, we are calling on the Enugu State Governor to collaborate with the State House of Assembly, to as matter of priority, activate measures for the adoption of the Discrimination Against Persons with Disabilities (Prohibition) Act 2018.